The LA Review of Books has published my review of White Working Class by Joan C. Williams.

We materialists do not of course believe in bad years nor imagine that the calendars of most of the planet’s peoples reckon it is 2016. But there are difficult stretches of time in which lots of great musicians—Prince, Leon Russell, Merle Haggard, Leonard Cohen, Holly Dunn, Sharon Jones, Guy Clark, David Bowie, Mose Allison, Phife Dawg—die in proximity to each other and some of us pretend to have been eager listeners to all of them. And there are unfavorable conjunctures, propelling the right to or near to power, though not without also greatly exposing the fragility of empire and perhaps the end of one sub-system of accumulation and rule.  In the United States there was certainly an election of 2016 and what gets called the rise of Trump. I’d say the rise of Trumps and not only to gesture toward his family, scarcely more grotesque than the Clintons in any case. What is instead vital is to focus on the rise of the “little Trumps”—the blowhards and patriarchs who paved the way for his coronation and will now be emboldened by his victory. Everyone wants to invent a hitherto unmentioned “white working class” to blame for the election results. There are little Trumps among those choosing to be white instead of working class– living their miseries as possibilities of a future of bullying, ethnic cleansing, and sexual battery. But the little Trumps congregate among the owners of DIY car washes and franchise restaurants and within the ranks of aggrieved middle management in desperate search of apprentices. It is they who wholesale the ridiculous idea that we need a boss to lead us, suspecting there’s somehow a chance for them.   Watch out for the little Trumps. 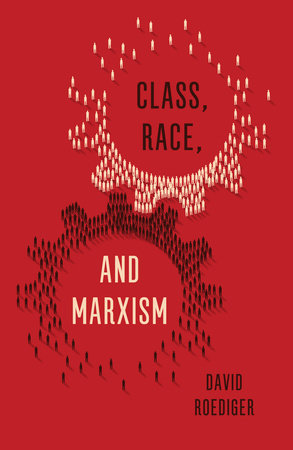 New article with Kathryn Robinson on Wisconsin sundown towns and the 2016 election.

Seizing Freedom: Slave Emancipation and Liberty for All has been shortlisted for the Deutscher Memorial Prize, to be awarded at the Historical Materialism 2015 conference on November 6. For the full announcement, click here.